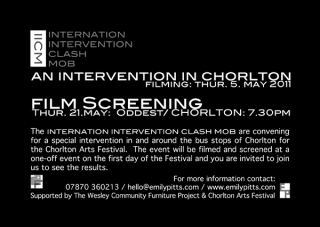 As part of Chorlton Arts Festival the Internation Intervention Clash Mob, of which I am a third, are planning a very special Guerilla Intervention in Chorlton on 5th May, two weeks before the festival even gets started. We are a collective consisting of an artist (me), film-maker and visual stylist, brought together at the Creative Industries Networking Group; a group of over a thousand members of the creative industries who meet regularly to share, collaborate and explore new opportunities. The plan for the Festival involves an unconventional look at everyday life, brought about by bringing the inside out and putting our everyday spaces under the microscope on the streets of Chorlton. The fabric of everyday – familiar rooms – will be brought to bus stops around the area, with the public being encouraged to take a second look at those familiar spaces and re-examine them afresh. By filming the interventions and playing it back during the festival, we hope to re-engage people in their city spaces and re-appraise their place within them. 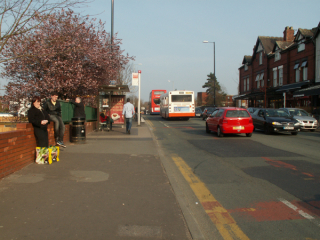 “This is a chance to bring together two separate worlds, the home and the bus stop, and to observe the interaction of the public who are already a part of those spaces. We hope it will give people the authority to do something different and in doing so create a higher level of freedom in the places that effectively belong to us all.” The work of the collective draws upon the public art works of artists such as Helen Marshall and Jenny Holzer, each of whom work within the public realm to challenge the viewer and to engage people outside formal gallery spaces. 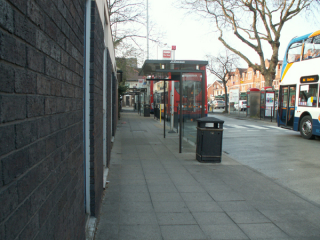 “This work investigates the individual’s role in city space, the role of the bus stop as a key node of interaction and the idea of community and what communities mean in the 21st century,” says Louise Broadstock. “As a visual stylist, it’s interesting to create unusual juxtapositions and to make people take a second glance.”

Sarah Hodgetts, film-maker for Alias Productions, will be documenting the events that unfurl on film, which will be screened at the opening of the Chorlton Arts Festival at 7.30pm on 19th May at Odder.  So, if you dream of being immortalised on screen, get to Chorlton on Thursday 5th May and become part of our guerilla experiment. 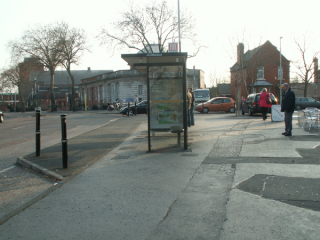