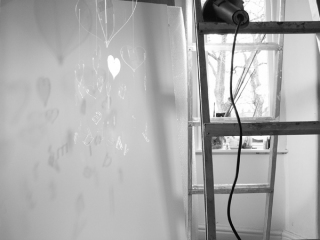 First exhibited at the Buy Art Fair 2011 in Manchester, here is a new piece of work, constructed out of laser-cut perspex: 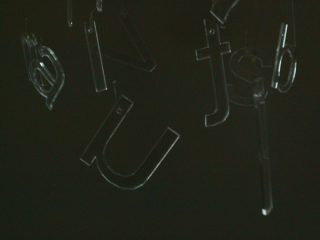 A series of hearts cascade down from one central heart shaped, perspex centre-piece with individul letters, spelling out the words “I am virtually invisible’, suspended from the hearts.  The mobile, which catches the light, casting tantalising reflections onto the background, gently drifts around on a single thread, in constant flux, but virtually invisible, particularly when suspended above eye level. 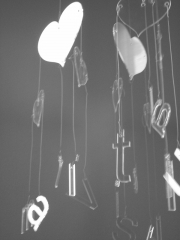 The work hangs best well above eye level – making itself virtually invisible, except when moving slightly and catching light at the edges. 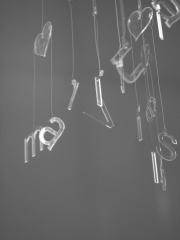