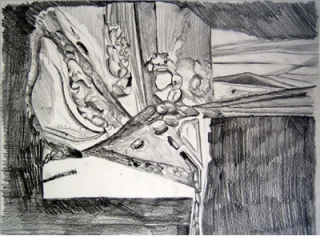 A series of highly individual objects, set within a beautiful landscape in the old city of Barcelona, house a small flamenco dance theatre, practise spaces and accommodation for travelling dance companies. 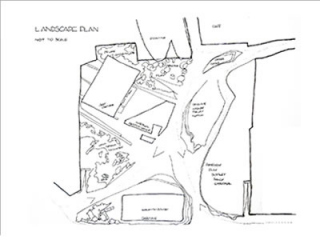 Inspired by Rachel Whiteread, the large void space of the site was ‘filled’ with mass, as a starting point. The modelled mass was then cut into using path and route analysis of the site. This uncovered a series of objects each unique and grounded in the landscape, which fulfil the required functions. The process of developing the model from concept to realisation utilising an investigative approach and using massing, form, sketching and model making as the key drivers. 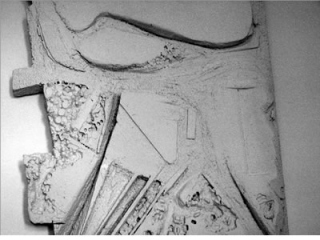 The flamenco house, cast insitu in concrete embodies the atmosphere of the flamenco performance. The path to the core – the heart of the flamenco performance – is processional, almost regal. The gradual rising up the voluminous cavities gives some hint to the dark and passionate display about to unfurl in the performance. On the first level, the procession passes the bar, where one can veer into the cave like space for a snack or drink. Moving up the stairs become more steep, as if indicating to the crescendo of the performance, and then open up to a convex space, the core with its roof open to the elements via a large glazed aperture. During daytime performance the sun floods down to the performers bathing them in light, whilst at night they perform under the stars. 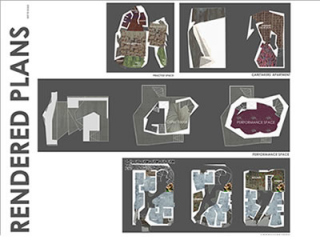 The Practise space sits atop a walled area to the west of the site. Set slightly back from the large glazed screen, which looks out over the landscape and buildings, is the main practise ‘stage’. The edges sit at angles to the main space, allowing corners and niches to develop for musicians and dancers to relax whilst waiting for their turn. To the rear of the building the functional elements sit together, whilst to the right the hierarchy of rooms leads down to a subsidiary space for practise and/ or relaxation. A small ‘cocoon’ at the far edge of this space, acts as a sun trap, where the performers can relax and enjoy watching what occurs below in the café and on the outdoor stage. 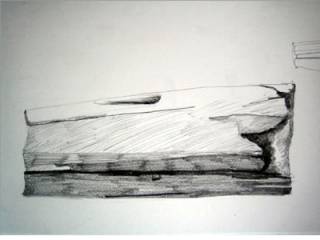